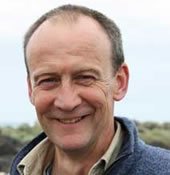 Paul is passionate about improving aquatic animal health and so are we.

While Paul operates independently, he has all the necessary linkages into pathology services and government.

He has assisted Southern Ocean Mariculture in the provision of health services to our farm and has been the prime mover with the Victorian farmed abalone industry in providing an all encompassing aquatic health program and ongoing health surveillance.

Paul has an ability to relate to everyone in the company from the Director to the fish tech on the site. He was willing to get involved in all aspects of production and planning, which is a great asset when you have someone who is intelligent and open minded.

In other words he was not just a “bug hunter”, which a lot of vets in this position are.